Martuni Women’s Community Council (MWCC) was founded in 1990 by Anahit Gevorgyan and has since then functioned as a Regional Branch of the Women’s Republican Council. In June of 1999 it was registered in the Ministry of Justice as The Martuni Women’s Community Council NGO. It is located in the town of Martuni, Gegharkunik Marz and has 17 branches, one in the Refugee quarter of Martuni and 16 in the village communities. It has 200 members. The basic financial resources are membership fees and grants.
Mission
To assist in the resolution of social, healthcare and legal protection problems of single mother households through training, humanitarian assistance, advocacy and consulting.

Current and Recent Programs
• Community Center Development. Funded by Eurasia, 2004 – 2005.
• “Safe and Reliable Shelter to People Subjected to Domestic Violence”-USAID –09.2002-04.2005
• Help the Needy Program and Seminars. Funded by The NGO Center, 2004 – 2005
• Prevent Trafficking in Gegharkunik Marz. Funded by UNFPA, 2004
• Community Self Help as a Guarantee for Philanthropy. Funded by Eurasia 2002 – 2003
• The Law and Society Against Domestic Violence. Funded by USAID and World Learning, Aug 2001 – Feb 2002
• Legal Support to Single Mother Households and Refugees in the Martuni Region of Gegharkunik Marz During the Transitional Period of Judicial and Economic Reforms. June – Dec 2001
• Health Awareness: A Critical Necessity for a Healthy Society. Funded by AAA NGO Center and UNHCR, Sept – Dec 2001
• Martuni Women’s Community Council NGO Capacity Building Program. Funded by UNHCR and NGO Center, 2000
• The Impact of the Environment on Women’s Health. Funded by EPAC, 2000

Work with Children
Since 1988 MWCC has provided assistance for underprivileged children. The program helps children aged 6 to 16 years old participate in international art contests. Talented young artists have competed in four Republican and three International exhibitions. The children have won Golden Medals, certificates from the Olympic International Committee, recognition in UNHCR’s 50 Years in History calendar and prizes from India’s Shankar International Contest. Fourteen children visited Iran via invitation of the Ambassador of the Islamic Republic of Iran in Armenia. MWCC also keeps a rotating display of the children’s work in the Martuni Branch of the Republic of Armenia Art Gallery. 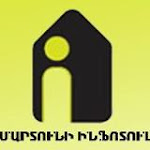